All the really great albums have really great openings, but you’d be hard pressed to find a more iconic overture than the first seconds of the original At Folsom Prison LP. Drop the needle to the record, hear the vinyl click, and then that voice, coming weirdly up out of the silence with its modest but monumental introduction – setting all hell loose, as 1,000 hardened felons stamp, clap, whistle and howl their appreciation, and Cash and his band go clattering and boom-chika-chiking into the fiercest ever rendition of “Folsom Prison Blues” itself.

It’s strange, then, not to hear that familiar moment at the start of this new, expanded edition of Cash’s greatest album. Instead, we hear what actually happened that day, January 13, 1968, in the dining hall at California’s Folsom State Prison. Acting as genial Master of Ceremonies, Hugh Cherry, a writer and radio broadcaster, warms up the crowd, first introducing short support slots from Carl Perkins (reclaiming his “Blue Suede Shoes”) and The Statler Brothers (“This Ole House”). Then, Cherry returns, and – devout believers in the Cash myth might want to look away now – he tells the prisoners exactly what Columbia Records would like them to do:

“When John comes out here, he will say, and which will be recorded, ‘Hi there. I’m Johnny Cash.’ When he says that, then you respond. Don’t respond to him walking out. Welcome him after he says, ’Johnny Cash.’ I’ll have my hands up, you just follow me…”

And so it goes. Now, there’s no doubting the authenticity of the inmates’ love of Cash, or his devotion to them. A man doing missionary work, he had been quietly playing prison shows regularly since 1957, and this marked his fourth Folsom visit. Still, if one of the most spine-tingling aspects of his first prison record (as Cash sets about the debatable project of entertaining some of America’s hardest long-term convicts with songs about murder, drugs, and hating prison) has always been how close it seems to getting out of control, it’s disconcerting to have that famous opening revealed as, if not staged, then rehearsed.

The tension between image and reality, though, goes to the heart of Johnny Cash. It’s part of what makes At Folsom Prison such an intensely thrilling record and this new archival release such a fascinating document. 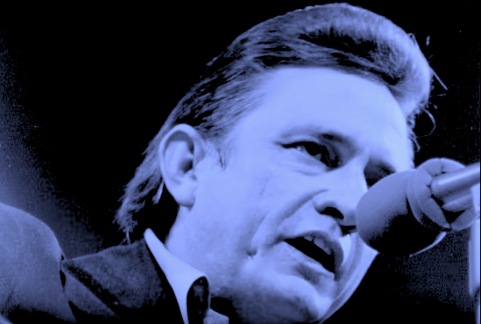 This “Legacy Edition” both confirms what a magnificent, rabidly raw concert Folsom really was – cracked vocals, out-of-tune guitars, maudlin sentiment and all – and reveals how carefully constructed it all was. Included here comes the full, unedited recording of the entire concert for the first time, along with a second disc featuring the almost identical, but rather less urgent back-up concert Cash played at Folsom later the same day, in case the original didn’t work out, plus an illuminating DVD documentary on the shows.

At the time he recorded At Folsom Prison, Cash was newly sober, battling out of the jailhouse of long-term amphetamine addiction. He’d undeniably been in dark places and, with his ravaged face, undertaker’s suits and tombstone baritone, had built a formidable outlaw image. Who knows: if he hadn’t been a pop star making good money, with a big record company at his back, his worst pilled-up behaviour might have landed him in the jailhouse one day.

While he felt a there-but-for-the-grace-of-God affinity with the prisoners, though, Cash knew he wasn’t really one of them. The thing is, though: people seemed to assume he was. On the accompanying DVD, ex-inmates and former guards who were present that day testify that many of them believed that Cash had done prison time. That seems to have nagged him. In the documentary, Merle Haggard, who was inspired to pursue his music career when he saw Cash perform at San Quentin as an inmate in the late 1950s, recalls Cash saying to him years later: “You really are what people think I am.”

This dilemma, though, perhaps fuelled the ragged ferocity of his performance, as Cash tried to inhabit the rabid murder ballads and prison laments he’d chosen to sing. He comes on strong and sure, but there’s a desperation that breaks through to become a kind of reality. At Folsom Prison is more than just a shit-kicking, hell-raising, god-fearing barnstormer of a concert; it’s a true psychodrama.

The distance between image and reality is most starkly exposed in the figure of Glen Sherley, whose story, as much as Cash’s, becomes the spine of the documentary included on the DVD. A Folsom inmate, Sherley was also a songwriter, and Cash’s surprise, heartfelt performance of his “Greystone Chapel”, a song about clinging to faith in the midst of despair, is one of the most powerful moments of the album.

Cash became a mentor for Sherley and, when he was finally released, took him under his wing, getting him a record deal, bringing him out on tour. For a while, he was the living symbol of redemption and what was possible if you reached out. But Cash’s good intentions finally led to where good intentions tend to lead. Sherely was unable to adjust to life as a celebrity. Cash’s bass player, Marshall Grant, recalls watching him come apart on the road, getting drunk, looking for fights, telling Grant he loved them all, but that he wanted to gut them all with a knife. Eventually, Sherley committed suicide.

“He was a real man with great faults, and great genius and beauty in him,” Roseanne Cash says of her father. “But he wasn’t this guy who could save you or anyone else.”

Amen to that. It was Cash’s very human confusion, and how he wrestled with his imperfections, that made him great. Well, that and the noise he made. This new edition of At Folsom Prison lays it out. Forget the Hollywood movie: this is what walking the line really sounds like.