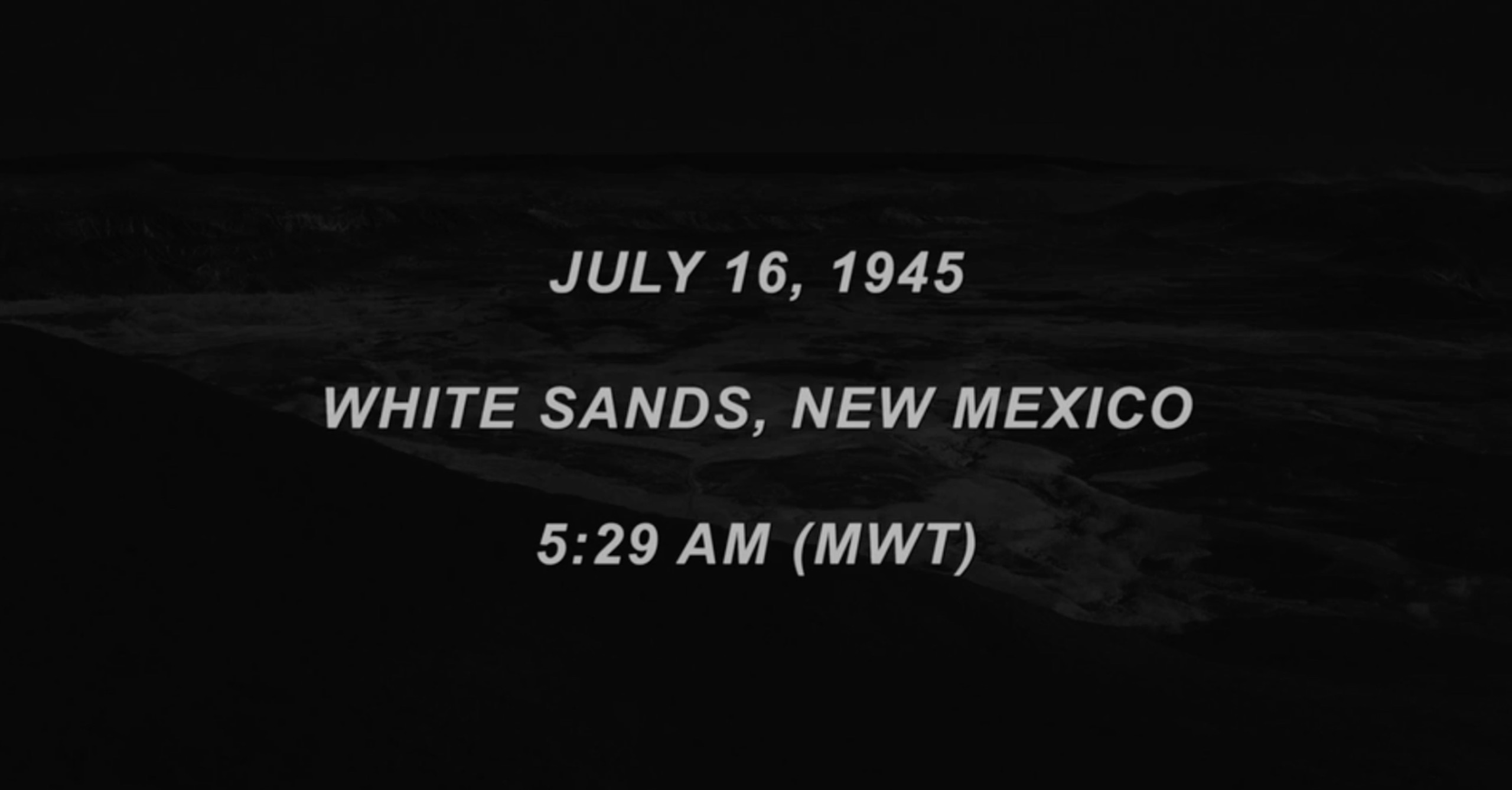 It was The Evolution Of The Arm that did it. Until this point, battered into goosebumps by woods, waterfalls and music, by the first glint of Dr Jacobi’s red-and-blue sunglasses, by the ominous glass box, by dead Laura and lost Dale and Ben and Jerry Horne bantering in the Great Northern Hotel, and most of all by all the stillness and carefully stilted silences, I was adoring the return of Twin Peaks. But when The Evolution Of The Arm turned up, I fell into helpless love.

If you didn’t see it, or even if you did, The Evolution Of The Arm was a spindly, flickering, talking tree, crackling with electricity and crowned with a splodge of flesh that resembled a skinned sheep’s head as drawn by a disturbed five-year-old. It stood in the Black Lodge, whispering to FBI agent Dale Cooper’s trapped soul. As Black Lodge denizens go, the things it said made more immediate sense than most: “I am the arm and I sound like this.” But this wasn’t what was so great about it. The great thing was that it looked like something that David Lynch had made in his shed in 45 minutes for about $7.50, using twigs, old wire coat-hangers, silver paint and some mouldy meat he’d picked up in a Dada nightmare.

In DIY form and hilarious, brain-melting function, this talking tree (much like Dr Jacobi’s beautifully-crafted machine for painting shovels) summed up the handmade nature of this Twin Peaks. The staggering thing is not how uncompromisingly “David Lynch” it is, but how many David Lynches it is, layered with echoes of ­– and actors from – everything he’s ever done, back through his photography and painting to his experimental lo-fi student animation.

There is the lush, swoony, cinematic Lynch, as witnessed in the great roadhouse bar band scenes. But more often, the Lynch who prefers things rough, decaying, disintegrating at the edges: scenes held four, five, six Beckettian beats too long; actors cast for shapes and faces. Paced like a painting, all obsession and obsessive sound design, it’s a fever poem in tone and texture, getting obliterated by a cranked-up grinding voodoo psychobilly love song about marrying a creature from outer space.

The opening double bill had moments of terror –  there was the interdimensional flickering alien that will eat your face like a buzzsaw; but, really, Mrs Palmer watching TV in the dark was the most unsettling moment – and moments of true poignancy (the Log Lady, played by the late Catherine Coulson), and moments of what-the-hell? But the third episode was something else again, a scratch-film, stop-motion blend of 1940s avant-garde and European animation, leading to the most radically disorienting slab of TV since the original Twin Peaks’s final episode, or maybe the day Patrick McGoohan jumped overboard with his Prisoner finale in 1968. Twin Peaks is still like nothing else, rolling down the lost highway, straight to the lonely place where the FBI chief keeps framed pictures of Franz Kafka and nuclear explosions in his office.

Last week, I was lucky enough to get a loan of a projector, and, having finally worked out how to wire the damn thing up through an amplifier, I thought it would be a good idea to watch the latest episode of Twin Peaks in a dark room, with the image blown up to around 5 feet by 3, with the soundtrack pumping in full stereophonic hi-fi wonder.

Holy sweet Jesus Christ on a bike going backwards down the hill.

Even if I’d watched it on my regular TV, I’m fairly certain I would have been left affected by what the broadcast historians of tomorrow will, in whispered tones, refer to as Episode 8. As it was, going through the darkening pandimensional atomsmasher in the full Technirama, I’m left with new appreciation for the fabled 1968 audience member who, having dropped acid during Stanley Kubrick’s 2001, started screaming, “I see God’s face!” There came a point – halfway through the endless moment when David Lynch was throwing us into the heart of the world’s first nuclear explosion to the tune of Krzysztof Penderecki’s “Threnody For The Victims Of Hiroshima” – when I had to stop myself from genuflecting to the screen.

When Episode 3 went out, I figured we’d seen the most avant-garde piece of TV drama we were ever likely to. But nothing – not even the excellent two-minute sequence in Episode 6 devoted to the guy sweeping up cigarette butts while Booker T & The MG’s “Green Onions” grooved out – could have prepared anyone for this. By the end of the hour, when Lynch had brought all the abstraction to heel, and the episode had become a 1950s desert horror show, it was genuinely nightmarish. Or rather, it felt like being trapped deep inside someone else’s sooty nightmare, with no possibility of waking.

This episode’s achievement can be measured in many ways. It’s impressive, for one thing, that, despite being so bananas, everything –phantom burned woodsmen; the White Sands nuclear test of July 1945 creating a rip in reality that stirs cosmic forces to vomit out wild evil; a floating giant emitting a fizzy golden head bubble with Laura Palmer’s face – makes perfect sense within Twin Peaks’ dense internal logic. Equally, it continues the deeply personal nature of the project, conjuring echoes of Lynch’s entire body of work (the White Lodge looks like Dune remade as Eraserhead), while honing in on everything that moves him, and everything that drives him to fury and despair.

Above all, though, especially when a fear of abstraction and theatre in British TV is so acute that 99 per cent of our dramas look exactly the same, the flat out experimentation is astonishing. Lynch and Kubrick are very different, but something Kubrick once said seems apposite: “I don’t like to talk about 2001 much. Because it’s essentially a nonverbal experience. It attempts to communicate more to the subconscious and to the feelings than it does to the intellect.” Amen. Whatever this is, it’s TV you’ll actually remember 25 years from now. Again.

Written after watching the final episode…

She’s not dead, she’s not wrapped in plastic. But where is she, who is she, what year is it?

Alongside a remarkable cast of professionals, David Lynch employed non-actors throughout the fully extraordinary return to Twin Peaks that concluded this week with a by turns hilarious, heartwarming, heartbreaking, head-scratching, hypnotic and harrowing double bill. The anti-actors were employed in much the same the way that, across the series, he utilised rhythms and pacing that had little to do with what we’ve been conditioned to accept as television: bits of awkward real life, disturbing, dilating and scratching the fiction. But he saved the most disruptive piece of casting until the end.

Having emerged from the absurd Dougie Jones fug he’d inhabited (beautifully) for most of the 18 hours, the eternal square-jawed FBI man Dale Cooper had, with the help of cockney superhero Freddie Sykes and his great green glove of power, smashed his evil doppelganger and the hoodoo Killer Bob demon within back to the deranged magical dimension from which it came.

Then, Cooper went on a pandimensional rescue mission himself, slipping through time until he came to the point where Twin Peaks began: the night teenager Laura Palmer was murdered. Leading her safely through the dark, haunted woods away from her fate, the saga seemed perched on the edge of a fairy tale ending. But suddenly Laura was no longer there, snatched away out of existence. Not be denied, Cooper ploughed on after her, through layers of reality, until he tracked her down to a place far from the fading glow of Twin Peaks, a dingy house in a dingy town by a dingy freeway, where lived a woman who looked exactly like Laura. She had no idea what he was talking about, but she went with him when he promised he’d take her home.

Finally, after another endless drive along the dark lost highway that Lynch scrawled across the last few episodes like his signature, they pulled up in front of the Palmer house back in little Twin Peaks, where Cooper sought to reunite Laura with her mother, Sarah. But the woman who answered the door was not Sarah, and had never heard of her.

In fact, the houseowner was played by a woman called Mary Reber, who – the clue was out there to be found, if you searched – is actually the real current owner of the real house that is used for the Palmer house in the TV show. (Lynch stays open to chance and lets meaning develop from it: Killer Bob himself came about as the result of an accident on set.) But while that jolt of reality came folding in on us, there came yet another again, as she gave her name as Tremond and mentioned another, Chalfont – names echoing from Twin Peaks past, stirring memories of an old woman or two who once gave Laura a picture of a door.

As Cooper was warned by Philip Jeffries – the occult FBI man once played by David Bowie, now played by The Singing Kettle – his destiny is to be trapped in an infinite loop. Fine by me. I’ll watch this entire thing again and again. Not to try and figure it out, but because, in an era when CGI dragons are supposed to be amazing, Twin Peaks understands there’s infinitely more awe, mystery, tragedy and life in a young woman’s face in rapture as she zooms along in a candy-coloured car, listening to the Paris Sisters sing “I Love How You Love Me,” for as long as it lasts.

Published in The Sunday Herald across Summer 2017